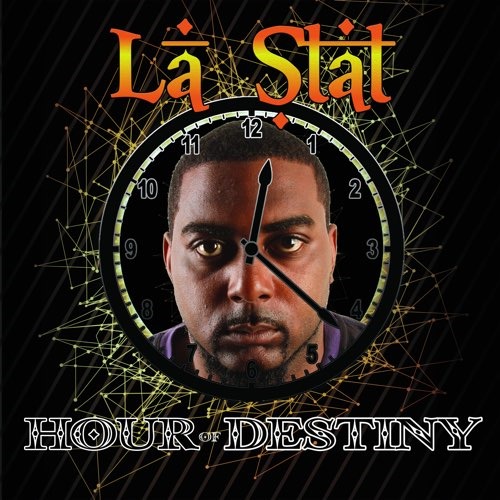 It’s a difficult task to break into the hip hop scene these days, with more artists cropping up each day. It’s also quite tricky being a fan of the genre, because you rarely know who to watch. Luckily for you, we’re here to help. Today, we’re talking about an emerging artist out of Hartford CT, by the name of La Stat.

With clear Notorious BIG and Tupac influences, La Stat is the up-and-coming hip hopper that you just need to know about, especially now, when he’s just released his debut album, entitled simply “Hour of Destiny”. The album, released over Spotify, Apple and other platforms has already gained international acclaim and tens of thousands of listens, with the artist himself attracting the attention of thousands of monthly listeners.

The album comes at you with many memorable bangers, but for this review, we’ll only focus on a couple (we’ll let you discover the rest, yeah?).
“Playin’ Fa Keeps” is one of those songs that you can immediately relate to, from the first couple of beats. It manages to capture a wonderfully versatile and melodic side of La Stat.

La Stat skilfully raps, drawing you into a world of ambition and struggle. What truly brings La Stat’s music to life if the notable life experience and flavour he brings to it, making it feel extra real, in a way. That, coupled with tasteful beats and with La Stat’s heartfelt lyrics, really manages to bring the song home.

Then we have tracks like “Live it Up”, which immediately gets into your head with a repetitive, almost hypnotizing intro. From the first few hits, “Life it Up” is a track about life and what it means to be human and it manages to capture an appetite for life that exists inside all humans, making it a supremely catchy and likable tune.

But then again, the entire album is like that, which is why you shouldn’t hesitate and go listen to “Hour of Destiny” right now.