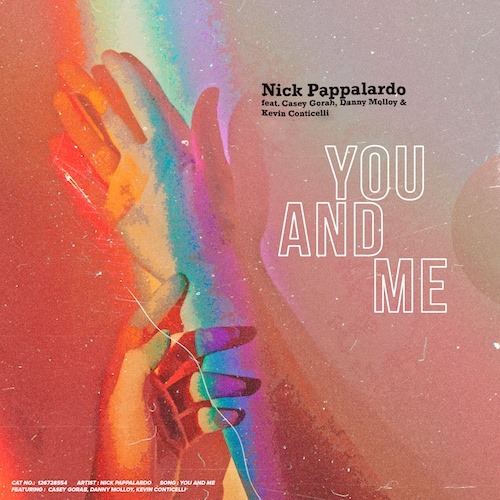 Nick Pappalardo is a guitarist, producer and engineer, associated with the Jazz-Funk and R&B/Soul genres.

He is primarily noted for performing in studios with various artists from around the tri-state area.

Over the span of a decade, he has been focused on perfecting his craft as a writer and performer.

As a graduate from The College of Saint Rose, he has been noted for performing alongside the heavy-funk/rock group, Miss This and singer-songwriter, Sydney Schizzano.

His unique guitar style has been described as linear and using mathematical patterns as phrases in his compositions and improvisations.

Nick Pappalardo was born on July 8, 1995 in the small town, Glenwood, NJ. He has played shows regularly and toured the east- coast with the funk-rock group, Miss This.

Nick Pappalardo is known for being one of the creative and driving forces behind the group, recording several EP’s with the band and producing a few singles which gained local radio play.

Some of the popular songs from the Miss This catalogue include, “Money”, “She’s So Fine”, “Skateaway”, and “Hanky-Panky”.

Nick Pappalardo was featured alongside his bandmates in the college’s interview series, “SRTV: Inside The Music”.

Nick Pappalardo’s solo career had begun in the spring of 2019 with his debut single “Open My Eyes” featuring singer, Sydney Schizzano.

After receiving positive feedback, his plans were ignited to continue his solo outfit into 2020.

CITYBEATS INDOOR CAFE SOUNDS OF 2020: The smooth Nick Pappalardo’ drops a warm, melodic and sleek R&B drop with a different groove on ‘You and Me’ – CityBeats UK

His latest release, “You and Me”, initiates a blend of psychedelic jazz, lush lo-fi, and funky r&b overtones to warp your mind into a state of freedom.

This is available to buy and stream on all music platforms.