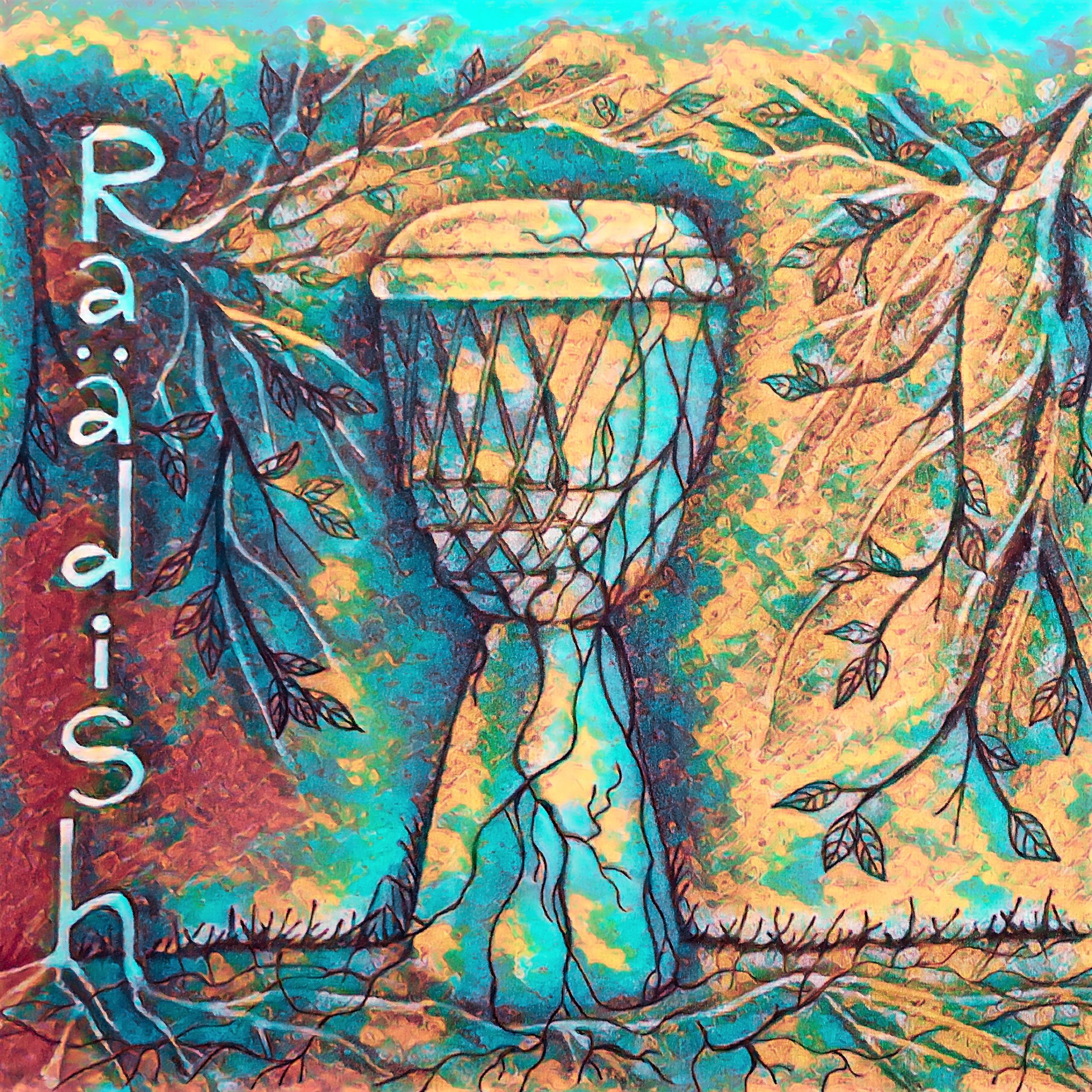 The debut Raädish album features electro-tribal rhythmusic inspired by West African & Latin percussion—and a wild imagination. Enhanced with inventive and melodic electronics to culminate in uplifting, energizing and highly danceable music, the album is a transformation of crisis into creativity, joy, and inspiration. For drummers, dancers, dreamers & trancers!

Raädish is a solo project conceived and created by Salvatore Folisi, a drummer and percussionist who has performed and recorded music with a variety of bands for decades. As a composer of original music and rhythms, and as a student of world music, including West African and Latin percussion, Salvatore appreciates the dynamic beauty of polyrhythms – multiple rhythms played together that create interwoven rhythmic tapestries. With Raädish, he sought to make new music based in rhythm that combined the traditional with the original in an innovative way.

The featured instruments include djembe, dunun, drum set, cajon, bongos, congas, water drum, agogo bell, cowbell, salsa bells, claves, blocks, shekere, various shakers, cymbals, and a hybrid analogue synthesizer. Many of these instruments come from other countries, such as West Africa and Brazil. The cajon is native to Peru, and the congas share their West African roots with Cuba. Likewise, the rhythms traditionally played on these instruments have their origins in these countries.