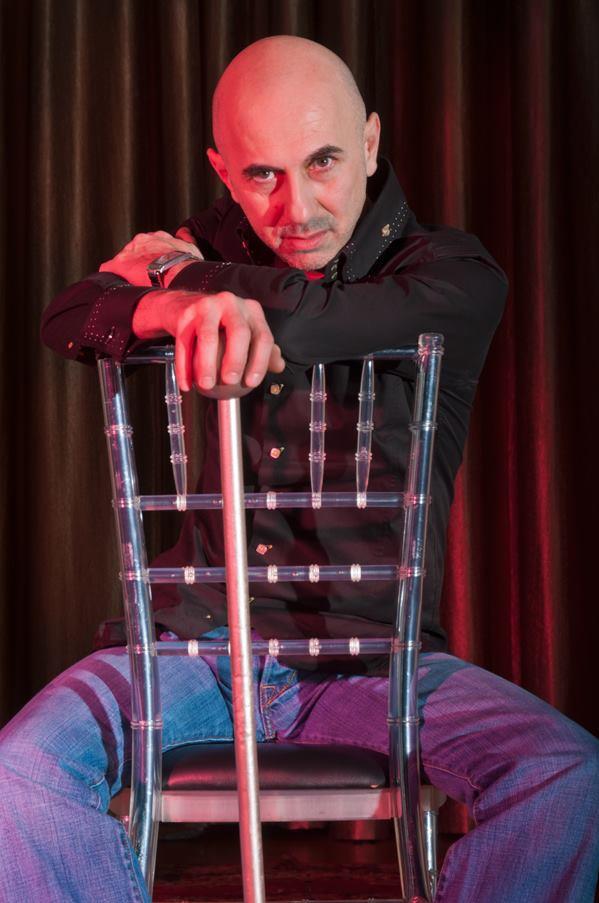 Queer artists el Hashem and Count Klassy are leading a song and music video project to celebrate moms worldwide. This very unique international song will feature lyrics in both English and Arabic languages by el Hashem, along with a rap by Count Klassy that include lyrics in his native Serbian language as well as English. The song will be produced by Billboard producer Sisco Kennedy, and released on record label Supa Qween Records.

The release will include tracks by official remixers legendary DJ Larry Peace and exciting up and comer DJ Pluto. The accompanying music video will be directed by award winning director Davina Hader. A Facebook page was launched for the project with a call out for communities around the world to submit photos of their moms, along with love messages to be included in the music video. Submission deadline is August 20th, and submissions can be sent to inspired2004@gmail.com and should include full name of mom and submitter, photo and message, and consent to use.

el Hashem said, “My mom is my eternal champion and my best friend. I was inspired to write I Miss You Mom / Emi Ana Meshtaalek during a rare visit to see mom, outdoors in the backyard, with our small family bubble, during covid. While we were having some lunch, I couldn’t stop thinking to myself how much I miss seeing her as frequently as we used to, and even more so, how difficult this year was, that in order to keep her safe I couldn’t hug her. That was agonizing. By the time I got home the song was written. I called mom to tell her what I was thinking during lunch and about the song, and it made her so happy, she cried.

I know I am not the only one who felt this way during covid. So I started thinking how to spread this mom love around to friends and to everyone who feels the same. The song is a gift to those who are moms to us, and all of us who love them and miss them, not only during covid, but anytime during our lives.” Count Klassy added, “When el Hashem asked me to be a part of this project, I knew I had to join this amazing initiative. The bond between a mother and child is so strong, that of course it adds to the muse of creativity.

This project serves as an homage to our moms – the ones who gave birth to us, the ones who chose us, the ones who adopted us, the ones who stepped in to fill the role of ‘Mom’. I can’t help but reminisce about my own relationship with my mother and how much of her has become me – through my creativity, empathy and love. I hope to bring light to the energetic love we get from our moms, and really bring forth the essence of “unconditional love”.

This will also be the first time I introduce some lyrics in my mother’s language, serving as a cross-cultural, multi-generational, homage to our mothers,” Upon hearing a rough demo, Billboard producer Sisco Kennedy asked if he could produce the single, stating, “There aren’t too many records out that would sound like what this could become to be, with el Hashem’s Arabic melodic vocals, Count Klassy’s unique vocalizing, and mixed with EDM sounds.

It’s different and different is good when you are trying to break new ground.” I Miss You Mom / Emi Ana Meshtaalek is planned for release in early September, with the music video dropping shortly after. ABOUT el Hashem: Canadian Lebanese singer/songwriter has been on an exciting journey over the last year since releasing a number of cover songs, all leading to the upcoming release of his four-part EPs Zakerat / Memories, which will include covers and original work, and will start dropping in December 2021. He comes from a very well known and respected Lebanese musical family, with one of his aunts considered a hugely influential singer in the history of songs in Lebanon. So, while he loved music all his life, not until recently did he decide to give singing a go.

Count Klassy is a new age hip hop artist coming out of Canada’s musical hub, Toronto. He’s been ghostwriting for Grammy-Award winning artists for five years, handling their digital marketing portfolios, while simultaneously working on his own music, developing new sounds and styles to bring into the hip hop genre as an LGBTQ artist. He has been backstage with many artists on tour, such as Tone-Loc, Snoop Dogg, Color Me Badd, Mase, Shaggy, Biz Markie, Ginuwine, TLC and many more. Having been mentored by successful artists such as Tone Loc, and George Brown of Kool and the Gang, Count Klassy is here to add some glitter to the hip hop game. Count Klassy has released his debut album “7 Deadly Sins” featuring Canada’s rap icon, Choclair, on their feel good track “Good Vibes”.