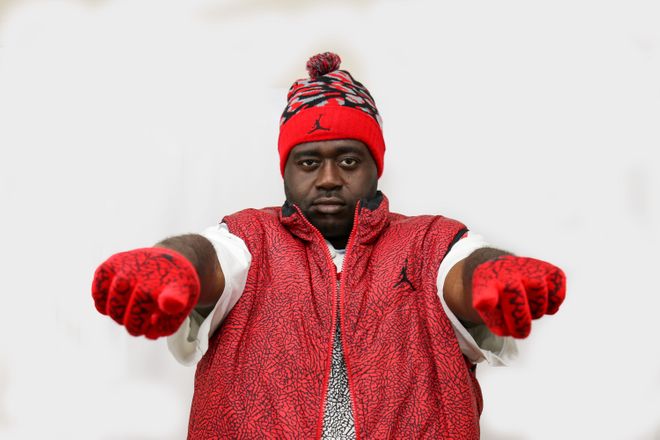 After picking up from Episode 1, The Agency Operative emerged with a new album Episode 2 – Agent on a Mission. Throughout his career, the Agency Operative has gone through a series of transformations to reach this point as a hip hop artist. From writing in a journal to writing rhymes. The Agency Operative went from playing trumpet to being a vocalist.
There was a setback in which AO had to take a hiatus. Not seeing financial success on the first album, the Agency Operative was forced to hold back on setting out more projects. The first project could’ve been the last. The reasons for making another project is AO does not give up so easily. Even though Episode 1 did not reach financial success, the album did give AO a better look on how the music industry works.

From the beginning AO went by stage name King Kong. The reason for the name change was due to getting legal rights to the name. King Kong came up with the name “The Agency Operative.” Agency is an acronym (Agent Geared for Emissary to Navigate through Critical Conditions without Yielding). Operative means secret agent. The Agency Operative is the secret agent of The Agency Headquarters. The Agency Headquarters is the name of the label. The Agency Operative went through another name change. AO decided to go with the name: A.O. C.entral C.ommand. The reason for another name change was that fans have the option to shorten the name A.O. C.C. or can say the entire name. “Another reason for the name change is the name would clarify that I am my own boss. The label was created in 2010 with the first single “So Hot.””A.O. CC returned on a mission with a new album – the name of the album was Episode 2 – Agent on a Mission. The album was released on I-tunes and Google Play in 2015. The current status of A.O. is to continue with the mission. Already putting in over 10 years in the game and still going, A.O. strikes back with the third instalment to his discography with Episode 3: A Force to be Reckoned With – released in 2017.    A.O. C.entral C.ommand is stepped out of the shadows and into the spotlight with his highly anticipated ‘Episode 4: Operation Blackbox.’

An album two years in the making, ‘Episode 4: Operation Blackbox’ has been a lengthy labor of love. Released at the end of 2019, this album is jam-packed with 15 tracks that represent this talented emcee to the fullest. Songs like “Damsels in Distress,” “Destination Destiny” and his current single “I Apologize” each bring a new story to life and keep the album flowing from start to finish. Especially, “I Apologize” which is his most recent, eye-catching video, out now.Having known a lot of good and bad in his own life, A.O. C.entral C.ommand put shadows at the core of this album. He noted, “It represents the darkness in the light; when there is light in the darkness you see shadows,” adding, “Shadows represent standing up to our fears in moments of crisis.”

A.O. C.entral C.ommand has been making music for nearly a decade.He has recently released his latest  ‘Do You Mind?’ from his latest body of work ‘Episode 5: Agency Agenda Phase One’.